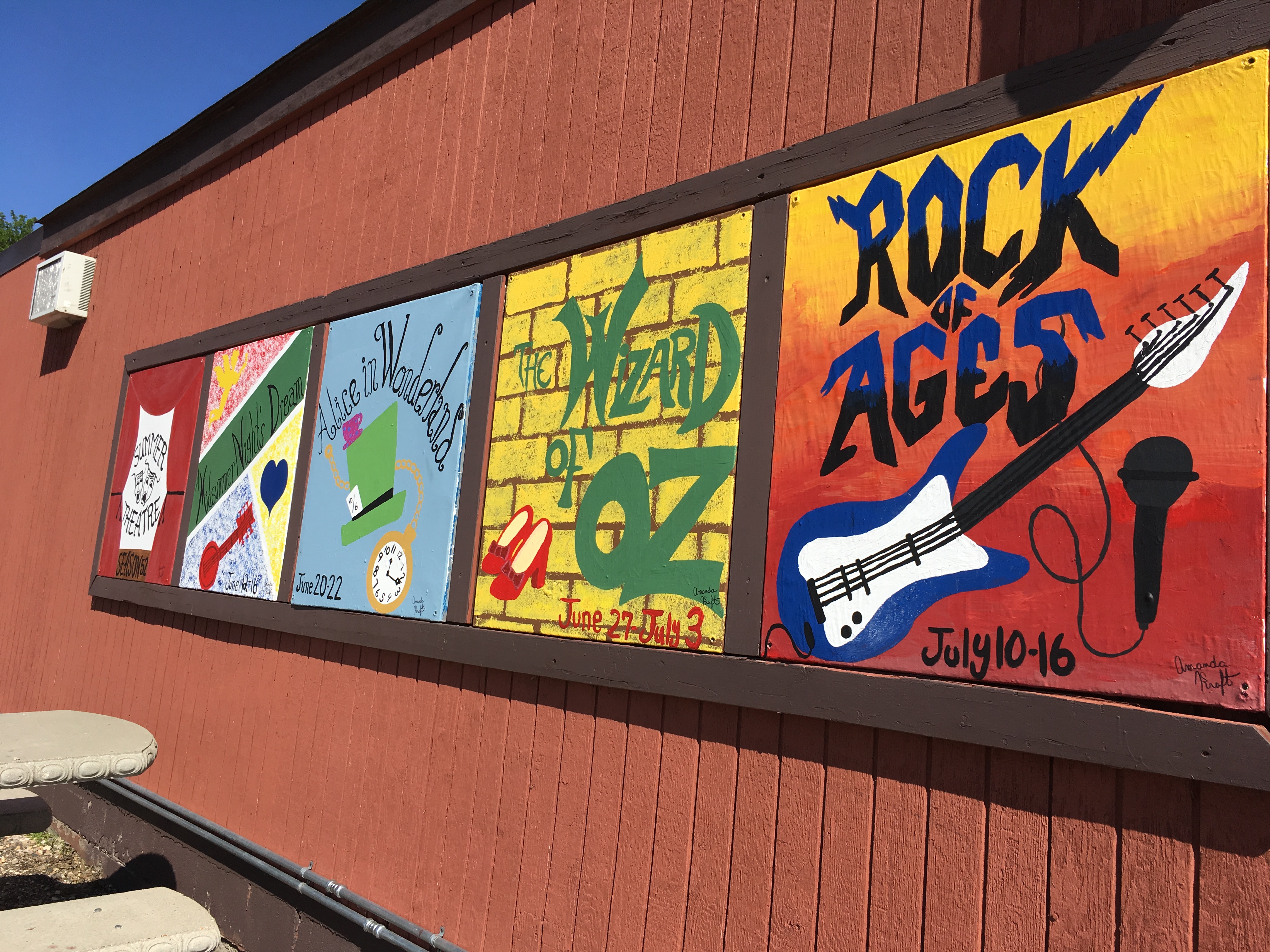 Minot State University’s outdoor amphitheater is getting put to work this summer as MSU presents “Summertime Magic of Rockin’ on the Hill.” Artistic director Chad Gifford said the name “Summertime Magic of Rockin’ on the Hill” derived from the magical essence of this summer’s performances combined with the season’s boisterous grand finale.

The 52 season of Summer Theatre will showcase four all-time audience favorites: A Midsummer Night’s Dream, Alice in Wonderland, Wizard of Oz, and Rock of Ages.

“One of the things we think is key about our whole production here is that it’s summertime. We’re outdoors, it’s a very unique kind of thing. So we took all of those pieces and came up with Summertime Magic,” Gifford said.

Three of the shows will be put on by Minot State’s Theater group, but another, smaller group will be taking the stage as well. Alice in Wonderland will be performed by Make a Scene kids theater group.

“We have a real huge growing population of young people that just want to be on stage,” Gifford said.

Here is this summer’s schedule:

Follow your old pals Hermia and Lysander on their quest in this playful Shakespearean remake by managing director Dr. Ali Smith. This spinoff takes you on a whirlwind of an adventure in just one night where you may meet some fairies and…donkeys? The production is great for all ages. Behind the scenes look of the whimsical props for this season.

“But I don’t want to go among mad people,” Alice remarked.

Brought to you by Plays for Young Audiences, experience a magical world where anything can happen. It is suggested you bring your tea hat.

See your favorite lions and tigers and bears during this musical journey. Directed by Michelle Spencer Davidson, this performance will bring you down the yellow brick road while sitting in Minot State’s beautiful outdoor theatre. The show may be so captivating you won’t know if you’re in North Dakota anymore… Hand-painted signs outside of the amphitheater. Colorful art for colorful shows!

Missing the 80’s? Here’s your chance to relive the best songs of the decade during this rock and roll fairy tale. Here hits including Night Ranger, REO Speedwagon, Pat Benatar, Bon Jovi and more. Bring your dancing shoes and your rocken moves.

Also new this year are improvements to the theater’s sound. Gifford said that they will now have microphones on all the performers so that no audio will be lost.

“Our lights and sounds crews have added some power to our sound,” Gifford said. “When we get to our rocken’ finale, it’s going to be like a rock concert up here.