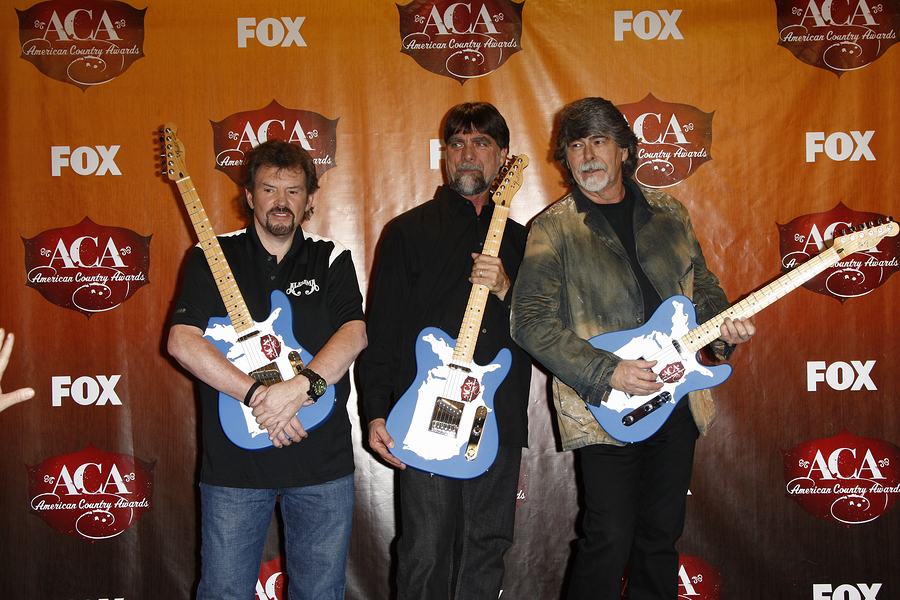 Country music band Alabama will be performing during Minot’s Norsk Høstfest on October 4th & 5th. During the Scandinavian festival, Alabama will be providing entertainment Friday & Saturday night in the Great Hall of the Vikings. Show times are 7:30 both evenings. Ticket prices are $62 for Hall seats or $82 for VIP; accessible seating is also available. View the Great Hall of the Vikings seating chart here.

Celebrating a legendary career of 40 years, Alabama will play a concert you don’t want to miss! In 1973, cousins Randy Owen, Teddy Gentry, and Jeff Cook kicked off Alabama’s (then known as Wildcountry) musical career playing in a Myrtle Beach bar, The Bowery. Today, Alabama’s comeback tour points to hot summer evenings long ago – their Back to the Bowery concert tour reflects their humble beginnings playing for free and living off the tips in a pickle jar.

With 43 #1 singles topping the country charts during the 80’s and early 90’s, Alabama wrote and sang songs about real life that people identified with. Among their top hits are “My Home’s in Alabama”, “Tennessee River”, “Roll On (Eighteen Wheeler)”, “Love in the First Degree”, “Dixieland Delight”, “If You’re Gonna Play in Texas(You Gotta Have a Fiddle in the Band)”, “High Cotton”, “Song of the South” and many more.

During their career, Alabama played 100s of concerts, released 26 albums and were given 46 awards including being inducted into Country Music’s Hall of Fame. With a music career no one should be ashamed of, Alabama announced their farewell tour for 2003-04, after which they went back home to Fort Payne, AL.

However, their well-earned retirement was short lived. In 2011 country music singer Brad Paisley paid tribute to Alabama in his #1 hit, “Old Alabama”. The song brought Alabama out of retirement to perform with Brad Paisley and much to the public’s delight, Alabama eventually announced a comeback concert tour – Back to the Bowery.

Don’t miss out! Get your Alabama concert tickets today.

Lorena Starkey is the Director of Sales for Hyatt House Minot, a 130 suite hotel with full kitchens in each room, complimentary grocery delivery and free laundry services. If you don’t meet Lorena at the Alabama concert, make sure to stop by Hyatt House’s booth at Høstfest and say hello. You can also follow HYATT House Minot on Facebook.