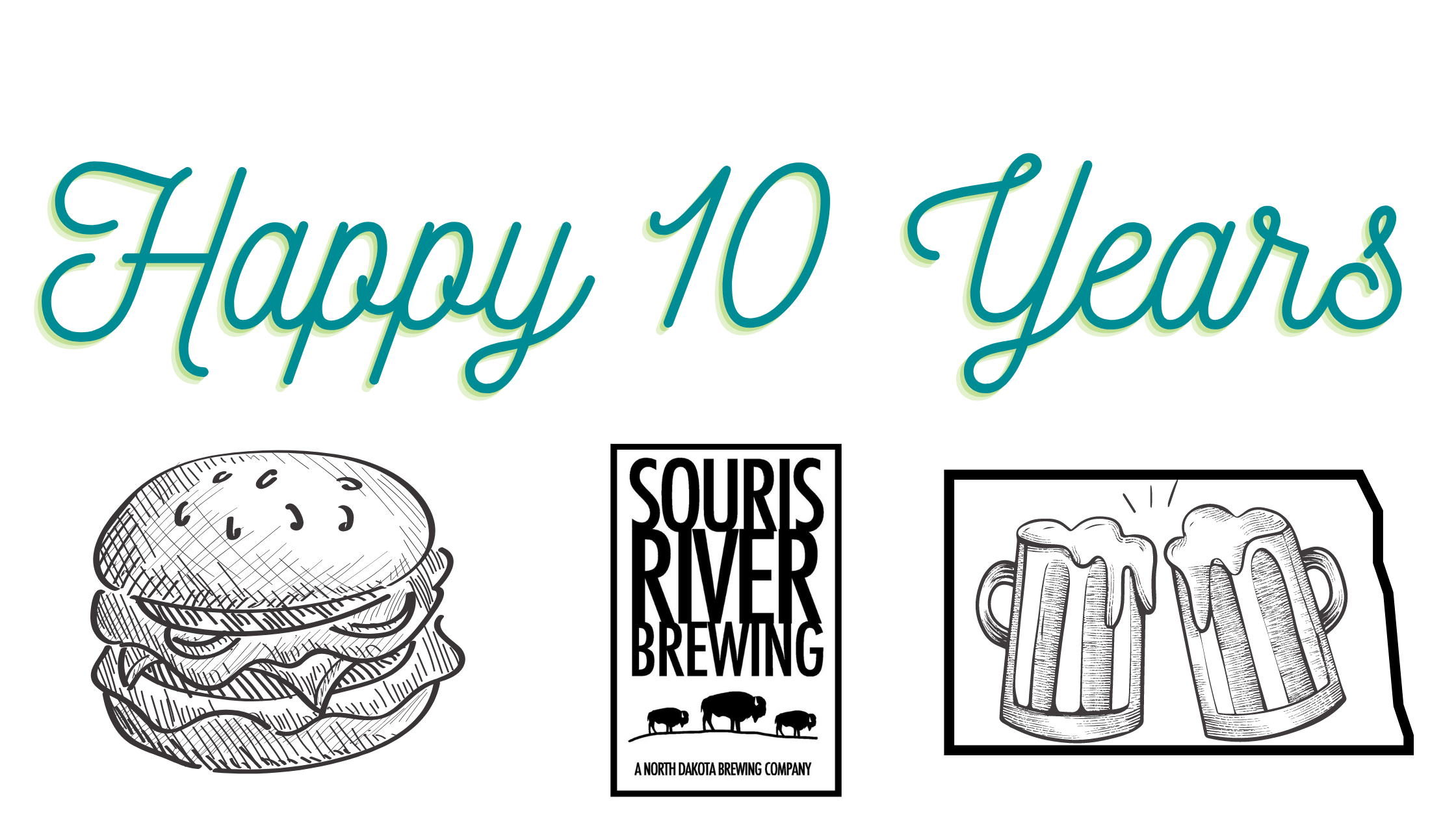 To celebrate their ten-year anniversary, Souris River Brewing created a strong, crisp & clear American Alt Celebration Beer; that they cannot wait for you to enjoy! (More on that later!) Since day one SRB has done things differently. They have made it their mission to locally source their ingredients from the fields & pastures of North Dakota. Serving the good people who live here, and all those who visit! 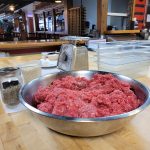 Almost a burger, look at how red this ND raised beef is waiting to be cooked!

They take on the many challenges of providing a farm-to-table dining environment in downtown Minot. This includes the processing of their North Dakota raised grass-fed beef from Nourished by Nature. Timing is everything, as one cow is finished for them every 6-8 weeks. They use all parts of this cow, including boiling down the bones to make homemade beef soup stock, which usually takes a whole day. This beef is the base of their fourteen different sliders and signature sandwiches.

In addition to the local beef, all the bison meat is sourced from a tri-state area including North Dakota. Their walleye is from Canada. Seventy percent of their raw ingredients are local, and that number is only increasing. In addition to their meat, all their clothing merchandise is made in the USA. Recently, they teamed up with veteran-owned Whiskey 45 to customize SRB hats with leather elements. 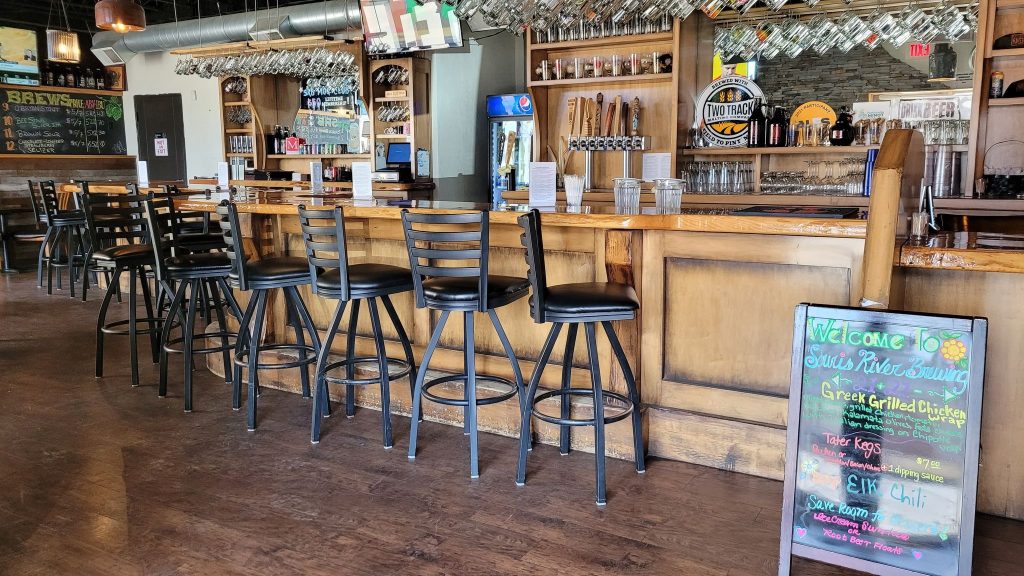 Sit at the bar top or in the reclaimed pews from a church that was torn down nearby.

When Aaron Thompson opened Souris River Brewing in 2012, he was one of three breweries in North Dakota. This was a new frontier of business for the state, and he has learned a lot over the last ten years. From sourcing his ingredients to determining the best-selling brews which are usually light lagers in case you’re curious! The emphasis has always been local. 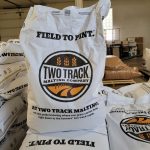 This malt from Two Track out of Bismarck is the base for the tasty brews.

It isn’t often that you come across a beer or brew that is completely made from raw ingredients from one state. These craft brews are all completely North Dakotan beers. Using malt from Two Track out of Bismarck, created from ND wheat. The barley is grown near Minot since this area has an ideal shorter growing season. This is one of the many aspects that make their brew special.

Additionally, hops are used from four area growers. Over the years they have made different hops varieties for the brewery. Experimentation is important to SRB, who has developed 32 varieties of yeast in-house. Aaron says SRB is 150 styles of beers deep, as he isn’t scared to try new things by changing up the flavor profiles and combinations. 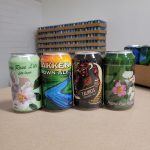 Custom designed cans waiting to be filled on-site. Bakken Brown Ale has been a staple brew since SRB opened!

So, about that celebratory 10 Year Beer, you can try that on Saturday, June 11th at SRB’s anniversary party! Start the day with Emily of Sol Baby Yoga & Wellness for a class in the restaurant. Dive into the wonderful world of painting with Traveling Art Pub North Dakota in the afternoon. Play with the dogs from Souris Valley Animal Shelter in the warehouse. While you’re there buy a pint and a $1 will go towards SVAS. Try your hand at ax throwing and jam out with Zach & Chloe performing live music to close the day.

MINOT IS A HOT SPOT FOR CRAFT BREWS, CHECK OUT OUR BEER GUIDE FOR OTHER HOPPY SPOTS!