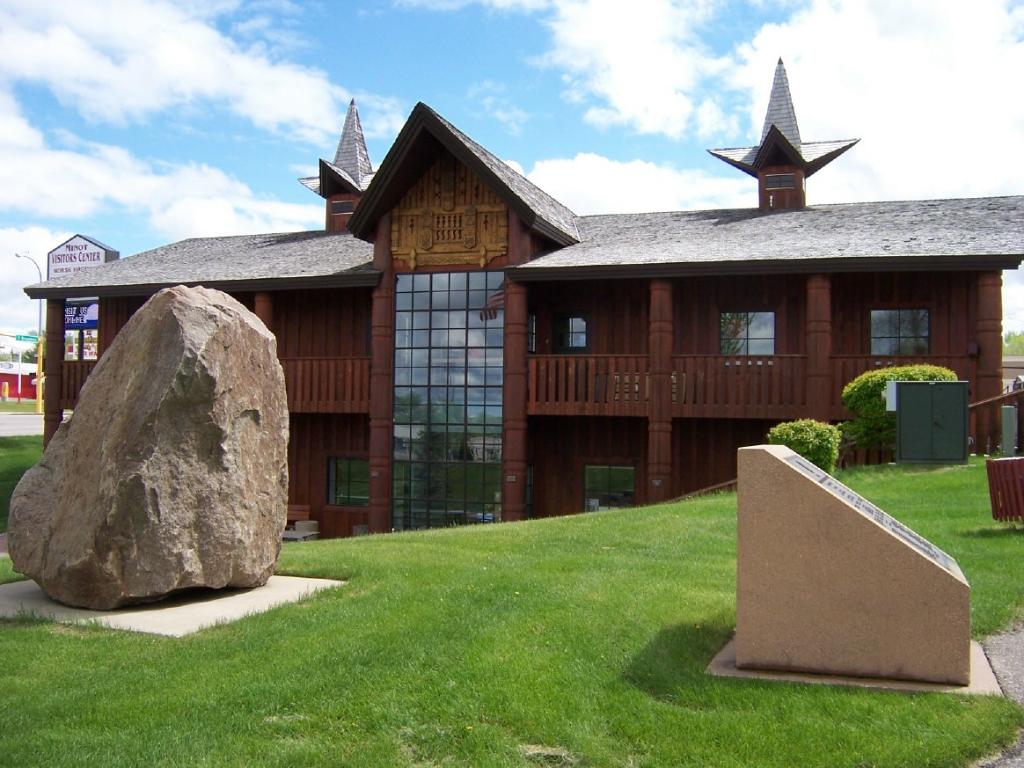 Posted at 17:14h in Community, Guest Post by kkbold 0 Comments

Minot, North Dakota, a small town an hour from the Canadian border, has undergone several transformations over the past century. It was previously nicknamed the “Magic City” as a result of its rapid growth, but it also gained the moniker “Little Chicago” after it became a hotbed of cross-border criminal activity during Prohibition.

Today the town has lost the underworld excitement of its past, but another element of its history – its large population with Scandinavian ancestry – is marked in the unexpectedly wonderful Scandinavian Heritage Park. There are also a couple of nature reserves just beyond the town’s bounds. North Dakota has a large community of residents with Scandinavian ancestry, and a remarkable 31% of the state’s population claims Norwegian ancestry. A real gem in Minot is the Scandinavian Heritage Park, set up to honor and evoke the cultures of Scandinavia. It is full of interesting features, statues, buildings, even landscaped gardens and a sauna, all modeled on traditional Nordic designs. Most spectacular of all is a life-size replica of the architecturally-astonishing Gol Stave Church in Norway.

Find photos and read travelers’ takes on the center: “Among the many impressive buildings and monuments is the Gol Stave Church replica” – Annette
“A cultural mecca for both tourists, and for all of the area’s many scandinavian descendants” – A. S. Haley
Read 9 traveler experiences and see 69 photos of Scandinavian Heritage Park

The Heritage Park hosts another highly unusual building, while Minot also has a pioneer village museum and an interesting riverside:

Cozy-looking log and stone house in the Heritage Park, with an unusual history: it was dismantled piece by piece then shipped over from Norway. –  Toby Hill

Riverwalk of Minot
See the city from an interesting perspective by walking through it along the banks of the Souris River. – Toby Hill Established in 1920 with the arrival of a bison from Montana, the Roosevelt Park Zoo is something of a Minot institution. It’s very kid-friendly, a welcoming and clearly well-run zoo. The animals are quite eclectic: there are bears, a leopard, an African lion, a giraffe, a kangaroo, gibbons, a Chilean tarantula and a Scottish Highland Cow. There are also occasional educational events such as a Zoo Camp.

Take a look at these photos from the zoo: “Three cages for the lemurs were connected with “skyways”:” – Jacksonville Stumpes
“We love this zoo and wanted to see how they were recovering after the flood.” – The Mom
Read 3 traveler experiences and see 22 photos of Roosevelt Park Zoo

People with a keen interest in wildlife could also consider visiting these places: Upper Souris National Wildlife Refuge
“Drove the scenic auto-tour through the refuge. There were thousands of American Coots” – D and L Established in 1986 in a large hangar-like museum space, this exhibition displays an impressive range of both military and civilian planes. These are carefully looked after and there is usually a knowledgeable staff member around to discuss the exhibits. The museum also has restoration projects and plays a role in the region’s air shows.

Fuel your onward journey at the Ten North Main Restaurant

Photo via their official FB page.

Minot is a far cry from becoming a destination for the world’s gourmets, but it does have a small smattering of decent places to eat. One of these is Ten North Main, across the street from the historic Soo Line Train Depot. This cozy and comfortable restaurant serves a mix of straightforward and satisfying meat, fish and pasta dishes.

Other places to eat in Minot will take you on a trip around the world: Ebeneezer’s Eatery & Irish Pub
“What is a “Fat Frog”? It is a big slice of heaven between two hoagie buns is what it is!” – visitminot

Badlands Grill
Steakhouse which aims to reflect the wild and rugged atmosphere of Dakota’s Badlands National Park, albeit with decent steaks and wine served direct to your table. – Toby Hill

Mi Mexico
Authentic Mexican restaurant in Minot with some good deals on the food and drink. Also does takeaway. – Toby Hill

Sleep within rose-colored walls at the Dakotah Rose Bed & Breakfast