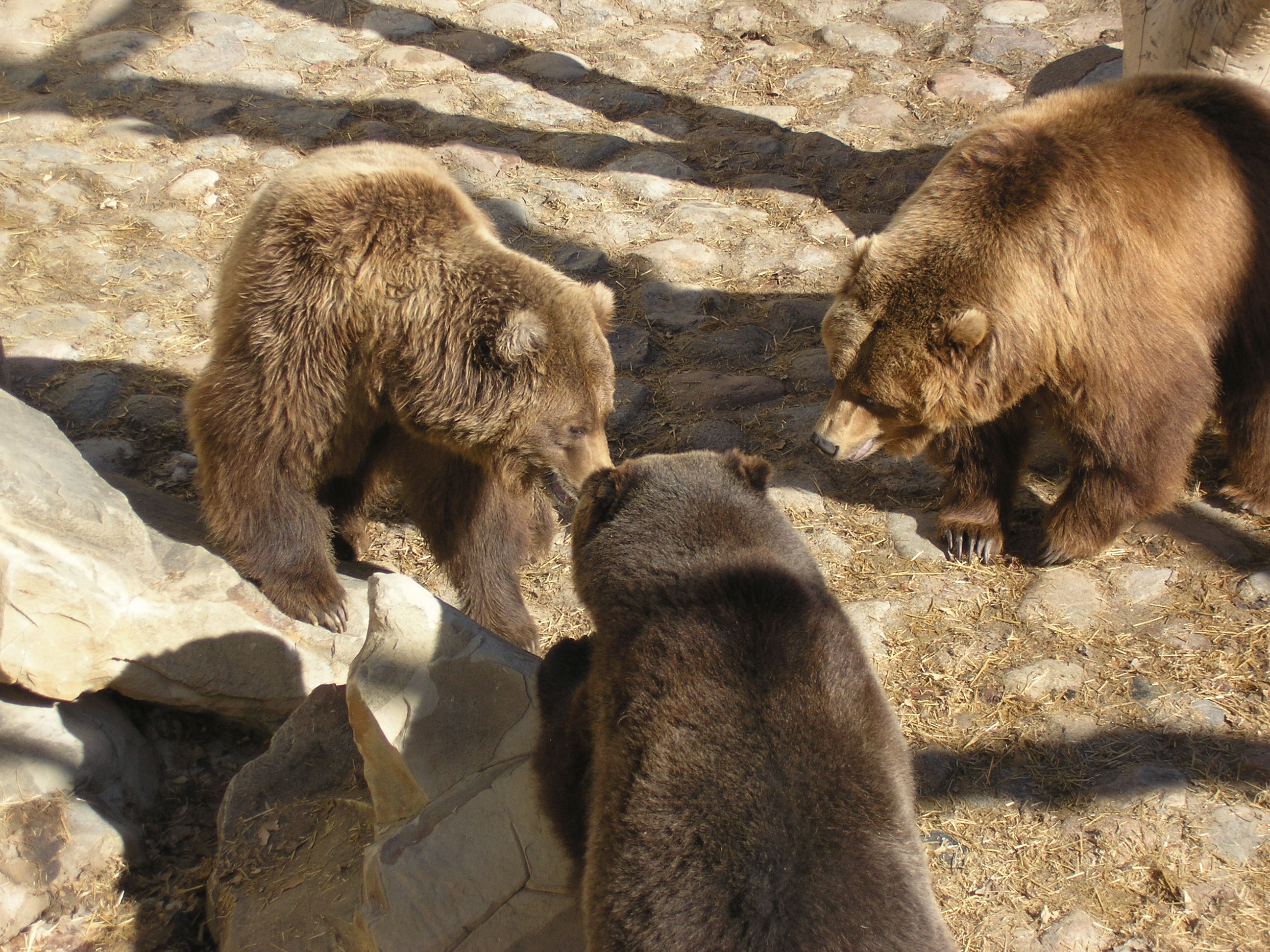 14 Jan The Bears Are Back In Town!

Posted at 15:49h in Community, Recreation by kkbold 0 Comments MINOT, ND – This past Thursday special cargo arrived at Roosevelt Park Zoo.  Our bears, Judy, Sandy, and Goldie walked back in their exhibit for the first time in over 18 months.  It was evident that they recognized their old digs. Terry Lincoln of Dakota Zoo with staff from Roosevelt Park Zoo drove the stock trailer that brought the bears home.  Minot Police, Zoo staff and maintenance staff were on site to ensure safe transfer.

Zoo Director, David Merritt expressed his great respect and appreciation for the assistance Minot has received from other Zoos.  “Our bears look great.  It is obvious that they were well cared for by the Como Zoo who originally accepted our bears with the thought that we would be ready to have them back in 4-6 months.”

“Terry Lincoln, Director of the Dakota Zoo in Bismarck, has consistently been of great assistance to the Roosevelt Park Zoo over the past two years.  In this case he not only allow us to use his bear crates and stock trailer, he drove round trip to bring them back.  His experience and support has been unselfish and we are very grateful.”

Senior Keeper, Becky Zahn Walcker, flew to St. Paul several days before the transport to become reacquainted with the bears and to observe and learn some of the training that Como Zoo staff had accomplished with the bears.  Becky was happy for this opportunity that was supported by the Como Friends, a nonprofit support society.  Of the Como zoo staff she says, “I feel I have met several lifetime friends.”

Zoo Curator, Brandi Clark, notes that the return of the bears is a great psychological lift for the zoo staff.  “We have brought several animals back to the zoo, but our bears have always had a special place in our hearts (by grant).  Having them back in Minot and being able to see them every day is really great!”

The 93 year old Roosevelt Park Zoo has withstood two flood events in its history.  It is an integral part of the Minot community and will be open for the 2013 season!