Located on a working cattle ranch, Black Butte Adventures has over 500 acres of rolling hills and native prairie short grass. Pedal or hike your way across the prairie on the trails spanning more than 5 miles. Just a few miles from US-52, Black Butte features wide-open views that may include some critters who call it home. Visitors have spotted geese, ducks, bald eagles, whitetail deer and other species on the grounds.

Denbigh Experimental Forest began as an initiative to determine which trees could survive in the northern climate. The other portion of the forest was left as natural prairie which attracted wildlife to the area. More than 200 species of birds have been spotted including the bald eagle, northern saw-whet owl, sharp-skinned hawk, and red crossbill. Visitors should be mindful of the forests ‘pack it in, pack it out’ policy, meaning anything you bring to the forest should also leave the forest with you.

Audubon Refuge is located in the Prairie Pothole Region, name for its small wetlands. The wetlands are surrounded by grasslands and native prairie, habitats that support the areas wildlife. The Prairie Pothole Region is known as the “Duck Factory” of North America as is produces more than half of the continent’s waterfowl population. Over 200 species of birds are present including sandhill cranes, piping plovers, blue-winged teal, western meadowlarks and bobolinks. Visitors may also catch a glimpse of white-tailed deer, coyote, red fox, gray partridge and sharp-tailed grouse. The photography blind, nature trail and auto tour are the best opportunities to view wildlife on the Refuge.

On the north shore of Lake Sakakawea, Fort Stevenson State Park is filled with outdoor opportunities. The park’s trail system allows visitors to view wildlife along their trip. Two rare species, the piping plover and black-tailed prairie dog, can be found in the park. Bird species in the park include woodpeckers, chickadees, finches and many others.

Located on the south end of Lake Sakakawea, the hatchery helps manage fish populations across the Midwest. Multiple trail options are marked with interpretive since for wildlife viewing. There are benches and a waterfowl observation blind to become fully immersed in nature. Visitors may spot wood ducks, blue heron, white-tailed deer, beaver and other animals. In October, salmon can be seen leaping from the waters as they migrate.

With more shoreline than the California Pacific coast, Lake Sakakawea State Park offers many activities including wildlife viewing. The trail system allows visitors to view wildlife across the park. Birds that have been spotted include yellow warblers, catbirds, and rufus tohee as well as other waterfowl and shorebird species.

With more than 58,000 acres, J. Clark Salyer is the largest national wildlife refuge in the state. Its diverse landscape including prairie, wooded areas, and wetlands are prime for the various species that inhabit the Refuge. Visitors can view wildlife on the auto tour and nature trails and can stop at the observation platform as well. Sharp-tailed grouse, white-faced ibis, northern harrier, and orchard orioles are just a few of the species who nest on the refuge.

Each spring and fall the Upper Souris Refuge is flooded with migrating waterfowl whose numbers can reach up to 200,000. This spot is one of many on the Central Flyway, the path for migrating birds. Other bird species at Upper Souris include six species of grebe, blue heron, wood frogs, northern orioles and many more. Watch for coyote, deer, mink and moose as they have also been known to roam here. Visitors can view wildlife on the 3-mile (4.8 kilometer) Prairie-Marsh Scenic Drive complete with viewing platforms for an even better look at wildlife and the wetlands. Hike the Cottonwood, Pelican, Oxbow, Overlook, and Centennial Wildlife Nature Trails for more viewing opportunities. Reserve a photo blind in the spring to experience the sharp-tailed grouse dance for a mate.

Named a Globally Important Bird Area by the American Birding Conservancy and the Audubon Society, Lostwood Refuge is a top area for wildlife viewing near Minot. The Lostwood Wilderness Area, nature trail, auto tour and grouse-viewing blind provide visitors with specific spots to view wildlife. Certain species are dependent on the prairie landscape like Sprague’s pipits and Baird’s sparrows. The wetlands provide a home for 12 species of waterfowl including mallard, blue-winged teal, redhead and American wigeon. Wildlife may be viewed year-round however, April and May are the best time to view smaller migrations of nesting birds and local bird species arriving to breed. Nesting peaks in June and flocks of shorebirds start to migrate by July. As the seasons change and temperatures drop in October, waterfowl quickly fill the skies to migrate once again.

A nesting place for many bird species, Dec Lacs Refuge covers more than 19,000 acres starting at the Canadian border and heading south. The refuge’s nature trails and auto tours are an excellent opportunity to view wildlife, as well as Tasker’s Coulee located on the south end of the Refuge. Over 250 bird species have been spotted on Dec Lacs including sharp-tailed grouse, western grebes, blue-winged teal and mallards. The observation blind allows visitors to experience the sharp-tailed grouse ‘dance’ as they attempt to breed. Dec Lacs Refuge is a popular spot for migrating snow geese and tundra swans as thousands of birds complete the journey each fall. Other wildlife may be present on the refuge including deer and moose.

The gently flowing Missouri River marks the park’s eastern boundary and is a haven for migrating waterfowl and thirsty deer that populate the forested park. The park and nature preserve are home to a wide variety of animal life, and with patience and a keen eye hikers will be rewarded with sightings of deer, wild turkeys, hawks, an occasional bobcat, or, at certain times of the year, a bald eagle. Cross Ranch has over 13 miles of trails that cater to the adventurer all year long. This extensive trail system can be explored either on foot or cross-country skis during the winter months. The trail system allows access to a 5,000-acre nature preserve with mixed prairie grass, river bottom forests, woody draws, and roaming bison.

Along the U.S./Canadian border, the Turtle Mountains are a scenic area with many small lakes. The Lake Metigoshe State Park is open for year-round outdoor activities. The trail systems provide wildlife viewing opportunities whether it be hiking, biking or paddling on the lakes. White-tailed deer, ruffed grouse, pine martin, moose and a variety of bird species have been spotted in the park. 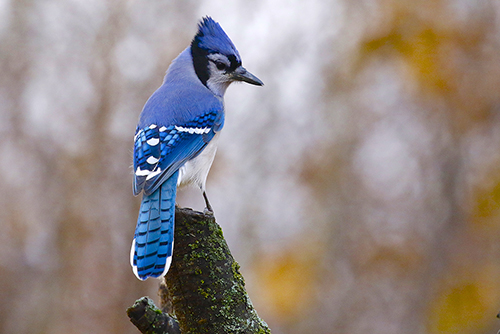 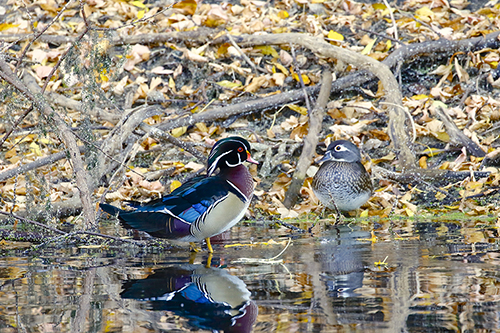 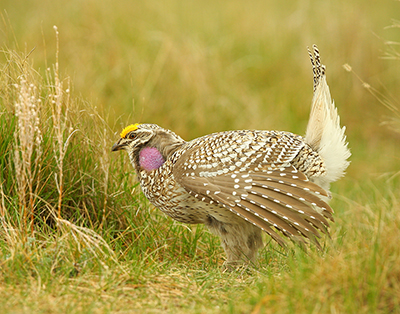